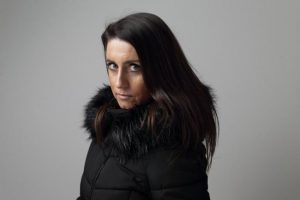 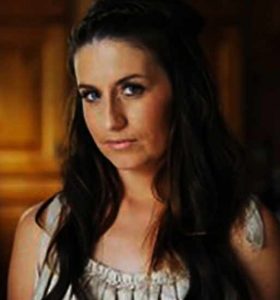 WRITER Gillian Duffy admits she knew little about Robert Burns before she started researching him for her latest play.

“I mean, I knew the poems and Auld Lang Syne, and I knew a bit about all the women, but I didn’t know anything about his character,” she explains. “It was only when I started to delve into his personal story, that I got interested. Really interested.”

She adds, laughing: “I became a bit obsessed with him, to be honest. Maybe I was one of his lovers in a previous life…”

Inspired to tackle Scotland’s national poet as a subject for a play by friend Alyson Orr – the two women have collaborated on several projects, including the well-received romantic comedy The Wedding Planners, which returns for a second tour later this year – Gillian came up with The Ghosting of Rabbie Burns.

It is a comedy-with-pathos-and-songs, the story of a heartbroken author who takes herself away to her aunt’s old cottage in Ayrshire to get over her cheating ex. Celebrating Burns night alone, she is visited by the poet’s ghost, who gives her some dating advice.

It is, says Gillian, a play about love.

“As I delved ever deeper into Burns, I realised his works are all about love, whether it’s romantic love, platonic love, love for his country. And love is love. It endures, it never changes – even if the way people find it has changed.”

The play was well-received on its debut tour last year, and the current run across Scotland – which takes in Oran Mor in Glasgow on, fittingly, Valentine’s Day – finishes on February 22. Gillian has been approached about taking it off-Broadway in 2021 and she is in talks with a production company about adapting it for the screen.

“That’s very exciting,” she nods. “It’s great that people are responding to it, and seeing it as having life beyond Burns Night.”

Glasgow-based Gillian is originally from Ireland, where she grew up writing stories and poems from a young age.

“At 17, I didn’t know what to do, whether I could really be a writer as an actual career,” she smiles. “So I studied international business and languages instead and I did love it. But in my spare time, I was always writing and eventually it got to the point that I needed to decide what I was going to do – what was I going to make my living?”

Gillian went back to university in Dublin to study English literature and history, published her first novel – The LA Commandments – and completed a Masters in theatre studies.

“I’d always liked the collaborative element of theatre – novel-writing is something you do pretty much in isolation,” she says. “I like to be diverse, too, and the idea of writing for the stage really appealed to me.”

Gillian’s next novel, Life Script, is loosely based on her late father, who died six years ago.

“A life script is a piece of writing people do when they enter rehab,” she explains. “

Often it’s the first piece of writing they have ever done, and it’s designed to help them be objective about their lives – to look at how they got to this point.

“Sadly, my father suffered with alcoholism later in life. He died after a really sudden stroke, it was a traumatic time as he was in a coma for 11 days. It was very difficult.”

She adds: “The young man in my story is not my dad, but it is based on some of what happened to him.

“It’s about pain, yes, but also about redemption and healing and it’s ultimately hopeful.

“It felt cathartic to write it, at the time. It felt like I was giving this man the happy ending I couldn’t give my dad.”

The Ghosting of Rabbie Burns is touring Scotland until February 22. It will be at Eastwood Park Theatre on Friday (February 1), Paisley Arts Centre on February 5, Rutherglen Town Hall on February 7 and Oran Mor in Glasgow on February 14. Contact venues for ticket prices and times. For more information, visit gillian-duffy.com